There was potentially a title deciding moment off the field prior to start of play. Heathcoat couldn’t provide a scorer to score electronically – a 2 point deduction is likely. As it stands Torquay are totally reliant on Evo regarding electronic scoring. (Evo has made it clear he is willing to train any volunteer to address this.)

Once the above was all sorted. Torquay won the toss and decided to bat. James Degg had a run a ball 21 before being bowled by Malcolm Cloete. Elliot Moses, with his parents watching (see below), and George Allen put on 84 for the 2nd wicket before Moses fell just short of a fifty (48). After a lean spell with the bat Allen went onto score 79. At 211 for 4, Torquay seemed to be heading for a large score. However, disaster struck on 234 with 3 wickets falling for 0 runs – the first of them being Allen. In the end Torquay fell just short of the 5th batting point finishing on 247 for 9. The best Heathcoat bowler was Christian Cabburn with 4 for 35.

Heathcoat got off to a good start with Robbie Holman and Peter Randerson put on 61 before the introduction of Chris Kelmere who went onto return figures of 4 for 30 including danger man Jackson Thompson for a 2nd ball duck. The match was probably edging in Heathcoat’s favour until Liam Lewis was given out LBW off the bowling of James Degg. Heathcoat weren’t done yet though with Malcolm Cloete still at the crease. In sight of his fifty (49), Sonny Baker returned to the attack (the only member of the Baker family who was wicketless at the time) and re-arranged his stumps with his lightening pace. Heathcoat eventually fell 51 shorts being all out with 7 overs to go. 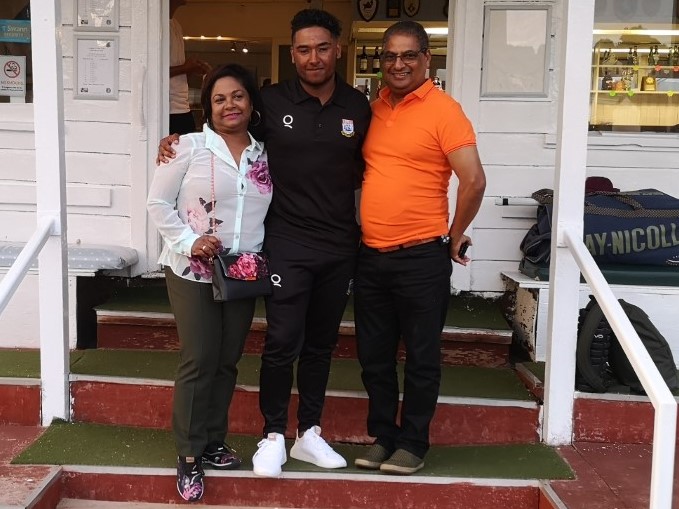 Plymouth CC 3rd XI won the toss and asked Torquay CC 2nd XI to have a bat. Many of the batsmen contributed without going onto getting a big score. Niall McCarthy on his seasonal debut top scored with 33. Daniel Western scored 31 and Ian Baker scored 24. Torquay CC 2nd XI finished on 171 for 9 after their 45 overs. The best of Plymouth’s bowlers was Stanley Langmead with 3 for 19.

Injured skipper Matt McCann in his own words thinks he is a “jinx” as the 2nd XI win when he doesn’t play.

For his fantastic match changing bowling spell of 10-2-30-4 – Chris Kelmere.