Torquay turned up at South Devon in beautiful sunshine – how come the end had that changed. An immediate issue was a shortage of umpires – step forward Daniel Western to go square leg when Torquay batted. His grandad if watching would have been proud. 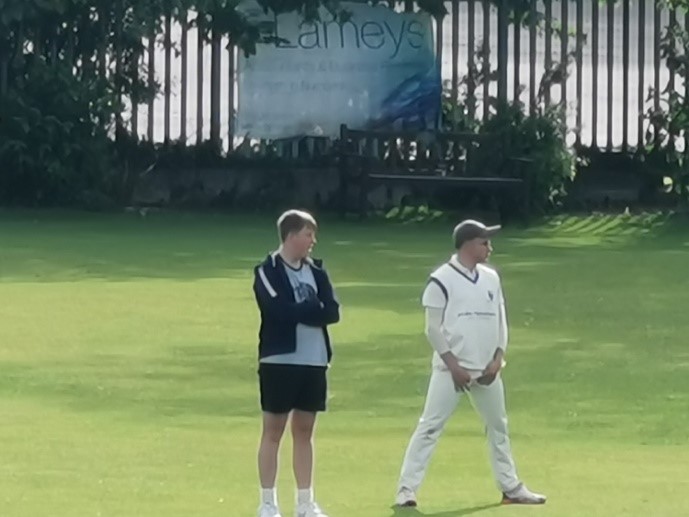 “A famous old radio commentary does kind of come to mind!”

Torquay won the toss and elected to bat.  They were soon in a little early trouble at 36 for 3 – Tom Drake the third wicket down given out stumped by guess who!  Rob Shergold and Josh Hunt initially repaired the early damage before handing over the baton to Steve Lewis and James Tyler.  Torquay amassed 162 for 7 in their 20 overs.

In reply South Devon were soon in trouble thanks to Reuben Stanley and then skipper Chris Kelmere.  Only James Allen and John Purchase offered any resistance.  In the gloom, South Devon fell 30 runs short – Newton Abbots Spurs floodlights could have come in very useful come the end.

A special note of thanks should be given to Mark Pitman the sole “surviving” appointed umpire.  A credit to DACO, not for the first time this season involving a match with Torquay CC, who only took his normal fee despite doing both ends.

Next up for Torquay a return to South Devon’s ground to take on either Barton CC 1st XI or Paignton CC 1st XI on 18 July for the semi-final.