A record audience of over 200 filled St. Matthew's Church in Widcombe, initially to hear Mike's thoughts on another remarkable Headingley Ashes Test. "As extraordinary as the World Cup final!" was his verdict, emphasising the importance of the last-wicket stand between Ben Stokes and Jack Leach. Asked by the Times soon afterwards for a comparison between Ian Botham and Stokes, he opined that Botham was the better bowler, while Stokes is the better batsman. "I don't think Ian could have played an innings like that."

Recalling Headingley '81, Mike recalled how Bob Willis, whose 8/43 polished Australia off on the final day, was almost not picked for the game at all. Nor, when eventually selected, did he bowl particularly well in the first innings, but in the second he was encouraged simply to bowl fast and straight on an uneven pitch. Asked whether that last day at Headingley was the highlight of his captaincy career: "I should think so, yes, but it didn't have much to do with me!" Mike recalled how his father, a Yorkshireman, was true to his county in thinking about the game in an overall way. He would talk to Mike, then aged seven or eight, at games about field placings and the like, helping to in still some captaincy ingredients.

Mike spoke well of Tony Greig's captaincy, his charisma, shrewdness, enthusiasm and support of team members. Greig had much to do with bringing Brearley, then aged 34, into the England team against a West Indies attack including Roberts, Holding, Daniel and Holder. Mike was then selected as vice-captain for the ensuing tour of India and Centenary Test against Australia, when he batted for a while with Derek Randall during his innings of 174. "Chirpy, aggressive, humorous, very much a team man."

Appointed Middlesex captain in the early 1970s after a period out of the game becoming a philosophy lecturer, Mike inherited an ageing team with a limited attack, and initially found it hard going, finding some scepticism in the squad about the appointment of a "young upstart Cambridge graduate with a posh accent." By the mid-70s things had moved on with younger players coming in, and having led Middlesex for six years by the time he captained England, Mike had served a full apprenticeship. He reflected on how much harder it can be nowadays, when players like Joe Root and others are given the job without such experience.

Middlesex eventually won the Championship in the hot, dry summer of 1976, due in large measure to the spin attack of Fred Titmus, John Emburey and Phil Edmonds. Given the England job the following year, Mike found himself captaining Geoffrey Boycott, soon discovering that he was a much better source of advice when he'd been scoring runs than when he hadn't. Boycott took over as captain in Pakistan the following winter when Mike broke his arm, and fancied doing the job for longer. When Mike was first made England captain Boycott said to him: "If I'd gone to a private school and Cambridge and had your posh accent, I'd have been captain of England for ten years!"

Mike came up against Brian Close as a captain, both for Yorkshire and Somerset. He recalled one of the 1976 Tests against the West Indies. At forward short leg while Kallicharran was batting, Brian approached Mike at backward short leg and said: "he's going to have a lap (sweep) in a minute. I'll get in t'road, and you catch rebound!" Mike spoke of his good fortune in being able to captain Ian Botham in his prime, as a bowler in particular, quick, swinging the ball sharply and trying anything to get a wicket, although prone to be too liberal with bouncers. He used to call Mike his "grand-father figure" while Mike, after noting a reduction in pace on his return at Headingley in 1981, called him the "sidestep queen."

Mike initially felt that Ian was the right choice to succeed him as captain, but now thinks he was wrong. Botham was unfortunate to play nine of his 11 Tests as captain against the strong West Indies, but wasn't good at captaining himself and was prone to be touchy under pressure. This along with Ken Barrington's sudden death in the Caribbean, lowered morale while Botham's form dipped. A change was necessary in 1981, and it was easier for him to accept Mike's recall. "I think you're on a hiding to nothing, Both," Mike said to him before the Headingley Test. "If you score a hundred and take ten wickets, they'll say you can't captain and play, and if you don't they'll say you can't do either!"

When Mike eventually stepped down as Middlesex captain, his successor Mike Gatting turned out to be an inspired choice. "Shrewd, and as honest as the day is long." He recalled keeping wicket early in his career, particularly to the leg spin of Johnny Wardle, which he loved. Telling Rodney Hogg on his radio show that he'd given up keeping wicket because he wasn't very good at it, Hogg replied: "But you kept on batting!" Mike felt that Chris Read was unfortunate not to fit into the England mould under Duncan Fletcher, who spoke in the middle of a tour about Read not having the right temperament or character for Test cricket. Mike also feels that the overall standard of wicket-keeping, "the most prominent skill in cricket" has declined rather than improved, with 'keepers now more like "slip fielders with gloves."

Asked whether his interest in psychology flowed partly out of his captaincy, Mike replied: "I think captaincy had a bit to do with it," and spoke of his interest in how other people tick. "You also need the toughness to confront them." As England captain he realised that different player’s needed different treatment, with Bob Willis, for example, lacking the self-confidence of Ian Botham. He spoke of his developing interest in philosophy and how things go on in people's minds. Nowadays he watches and follows cricket more than ever, and believes the MCC to be a much more open and contemporary organisation than it used to be. His one failure as MCC president was in his attempt to scrap the wearing of ties in the pavilion!

The first question from the audience asked Mike how his views on apartheid in South Africa had developed in the 1960s, and he spoke of how his visits there steadily heightened his concerns. He spoke of his anger at the treatment of Basil D'Oliveira over his availability for the tour to South Africa towards the end of the decade, but was conscious that he wasn't playing professionally for much of that period, and understood the frustration of many players who were prevented by the sporting boycott from pursuing their careers in the Republic. He described his latest book, On Cricket, as "the closest to an autobiography you'll get."

Mike described the Hundred as a gimmick, but pointed out that T20 seemed like that at the outset. He fears that the shorter format is constantly pushing Test cricket towards the margins, along with the County Championship. On nicknames, he recalled calling Rodney Hogg "Hedge" in the hope making him less intimidating, and remembered Bob Willis was known as "Goose" on account of the way he took off, while C Old was "Chilly", and Derek Randall "Arkle" after the racehorse, because he was so quick in the field. Asked whether Kerry Packer was a good influence on the game: "Probably, in the long run, yes, although I didn't like it at the time." Some of the innovations were good for the game, and the players became better paid.

Asked whether he would have liked a batting coach, Mike responded that if he had good ideas and he could talk to him, it would have given wonderful assistance. And on whether England were right to choose Andrew Flintoff and Kevin Pietersen as England captains, he reflected on the temptation in sport to hand the job to brilliant players, if only to find out how well they do it, and sometimes you find out very quickly that they're not very good. On the absence of cricket from free-to-air television, anecdotal evidence suggested to him that children now watch less free-to-air than digital, but that it was good that the World Cup final was shown on Channel Four. He also has doubts about how keen on cricket the free-to-air channels are, with their crowded schedules.

Thanking Mike for a wonderful afternoon, Stephen described him as an inspiration to us, bringing out all the good things about cricket and all the values that we love. 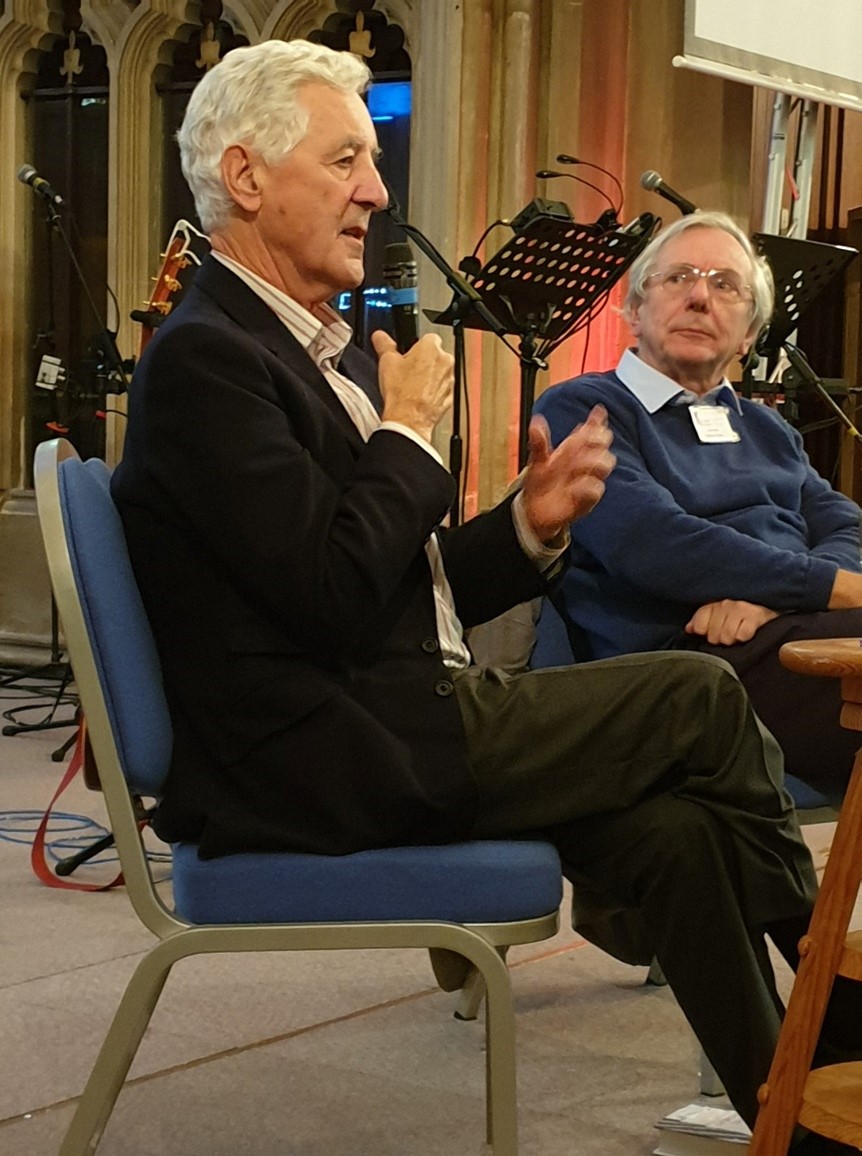