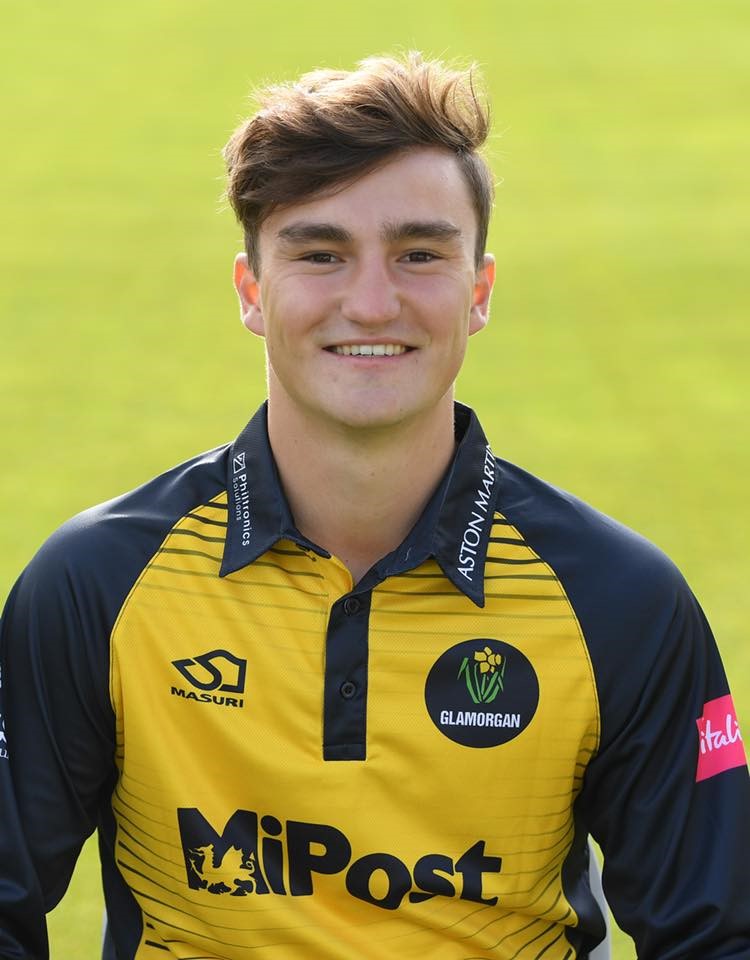 In the beautiful surroundings of Arundel Castle. Glamorgan CCC 2nd XI with our very own first season pro Kazi Szymanski in their XI and captained by no less than Billy Root, reached Finals Day for the County 2nd XI T20 Competition.

They took on their counterparts from Nottinghamshire. Batting first after eing put in they amassed 202 for 4 in their 20 overs. When Nottinghamshire came to bat, Kazi came on first change and took 2 wickets for just 6 runs in his first 2 over spell reducing them to 18 for 4! His second spell went for 12 but in the process he claimed another 2 wickets. His final figures a fantastic 4-0-18-4. Nottinghamshire were 99 all out – a resounding win for Glamorgan.

The second Semi Final was between Durham and Hampshire. The latter with Ryan “Razza” Stevenson also formally of this parish in their XI. Durham opted to bat first and were soon in trouble at 27 for 4 with Razza taking one of the wickets to fall. Razza wasn’t required to bowl again with Durham all out for 93. His figures 1 for 13 off 2 overs.

In the final, Glamorgan won the toss and decided to bat on a wicket batting seemed to be getting more difficult on. Glamorgan could only amass 122 for 7 in their 20 overs (Billy Root was left stranded on 49no). Razza bowled this full quota of overs, this time taking 1 for 29. Hampshire built their innings around Holland who was out of the penultimate ball for 58 but lost by 1 run. Kazi took 2 for 30 off his 4 overs (including bowling at the death when Hampshire looked favourites).