Whilst it usually the achievements of her boys Blaise and Sonny (well OK and occasionally those of hubby, Ian) the time had come to recognise Jackie’s as part of the Devon CB Volunteers Week.  If there is ever a “Heartbeat of the Club” it’s Jackie. 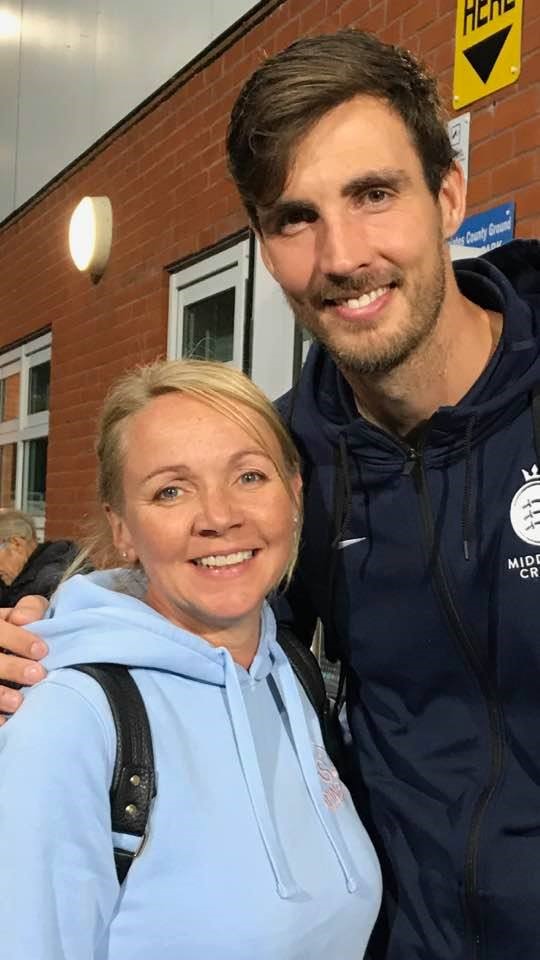 Having seen the citation.  The quotes that stand out are: “Jackie has simply re-written the law book for cricketing wives / mothers”, “Jackie has turned herself into the ultimate all-rounder” and “Jackie is a listener if a member is having a tough time – a Welfare Officer in all but name.” I can’t think why but Flapjacks and Lemon Drizzle cake also get a mention!

Rumours have it Jackie might just become the next social media star for the Devon Cricket website!

In all seriousness though.  Congratulations Jackie from all at Torquay Cricket Club on your, well deserved, nomination.