It is a different style of cricket. The local players are exceptional players of spin and their local bowlers are very skillful. Some exciting young quick bowlers coming through and some fearless young batters. Having less teams and more overseas players understandably make the competition a higher standard. The crowds are brilliant and it feels as though it’s a step closer to international cricket.

2.       My own interest having undoubtedly been kindled by the “Big Three” I have to ask what was Sir Viv Richards like as the team mentor?

Sir Viv is a very humble guy. Great fun to be around and had lots of stories about his playing days which keeps everyone entertained. He’s so well respected that players from other sides wanted to be around him. Still very enthusiastic about the game. 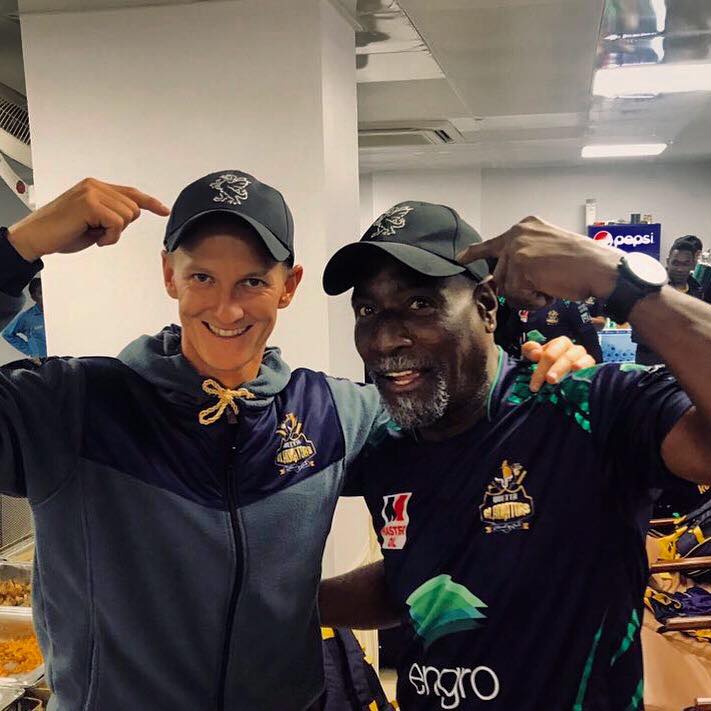 3.       Apart from 12th man duties in the Qualifier when you caught Liam Dawson, how much other time did you spend on the field as 12th man displaying your fielding skills?

I spent a fair bit of time on the field in the competition although not actually playing, as Rile Rossouw seems to have a very small bladder and there were a couple of injuries throughout the tournament.

4.       With the competition currently still split between countries.  Which was the best atmosphere and why?

Obviously Pakistan was by far the best atmosphere as the locals are crazy about getting cricket back in Pakistan. Everyone is so friendly and they are doing everything they can to get international cricket back there as soon as possible.

5.       For those of us who geographically, where is Pakistani base of the Quetta Gladiators?

Quetta is a city near the northern border of Pakistan. The Pakistan section of the tournament was all played in Karachi in the south.

6.       How do you believe involvement in the PSL will help you develop as a cricketer?

It was great to train with some of the top T20 players from around the world and pick their brains. It has helped with getting my name out there for future tournaments and has given me a better understanding of what these franchise tournaments are about.

7.       What would be one piece of advice you would give to an aspiring T20 cricketer?

Have fun with it. Back yourself and be fearless. Always give 100%.

8.       Having seen the photo what was your time on the bike around the Abu Dhabi F1 track?

30 minutes. Too busy taking selfies. (By my reckoning Lewis Hamilton would have done 18 laps in that time!) 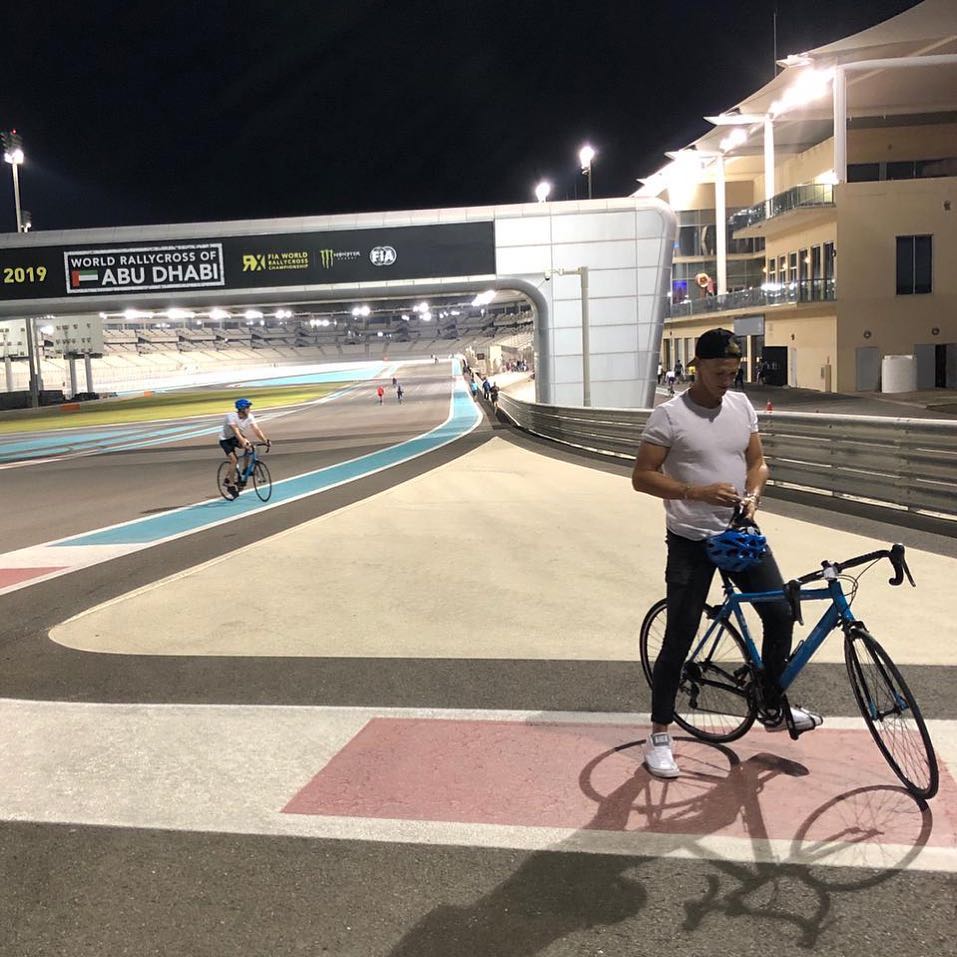