The 70's saw the birth of league cricket. In 1971 I instigated the formation of the 'Shiphay Manor League'. There were only eight clubs, with South Devon C.C. the winners, but with the Devon Senior starting in the following season, it was Torquay's turn to dominate. I was delighted to lead us to that first title & we won it again in '74, '76 (undefeated) & '78. During this decade we had, arguably, the best side that Torquay has ever had. This was in spite of many players being selected to play for the county & in 1978 Devon won the Minor Counties championship.

Much of our success in the 70's was down to team spirit, as we had no professionals or overseas players. People wanted to play for the club & even made the effort to play midweek cricket in order to be in good nick for the weekend matches.

David Traylor was my long standing opening partner & we scored many runs together. In the midweek games we would sometimes give up our wickets on reaching 50 or so, so that our team mates could get some practice too.

Mike Goodrich took over the captaincy from me & was the teams main spin bowler. He became Torquay's highest ever wicket taker. During our record breaking '76 season we bowled Paignton out for 25 (Goodrich 5 for 7 & Dunkels 5 for 11), & four weeks later we bowled Exeter St. Thomas out for an incredible 5!! (Goodrich 7 for 4 & Alan Smith 3 for 1). Yes, the old Rec. wicket was turning square during the long hot summer drought!

Most middle order runs came from the highly talented Gary Wallen (Gary collected many of Ted Dickinson's '£5 for a 50' offers) & Hiley Edwards (another future captain) could be relied upon to keep things steady.

Vaughan Hosking was our, very competitive, all-rounder. He had arrived from Cornwall & played a lot of cricket, mainly thanks to Ted Dickinson finding him a suitable job! Vaughan became a future club captain & chairman for many years.

We had plenty of bowling during this decade with perhaps the most outstanding being the long serving, medium paced swing of Malcolm Kingdom & the pace of Martyn Goulding. Martyn quickly made his mark when he joined us at the age of seventeen - he took a hat-trick on his debut against Paignton!

Towards the late 70's & during the 80's many Australians came over to play for Torquay, with the help of Roger Mann & myself giving them work & Vaughan putting them up. They certainly added to the overall strength, bolstered the midweek sides & helped bring along some of the youngsters that were coming to the club.

1987 was my last season in the 1st XI, but I carried on playing for the 2nds & in the occasional midweek game. Finally in the 90's I was persuaded to captain the 2nd X1 but soon I was playing my last game at my beloved Torquay Recreation Ground. 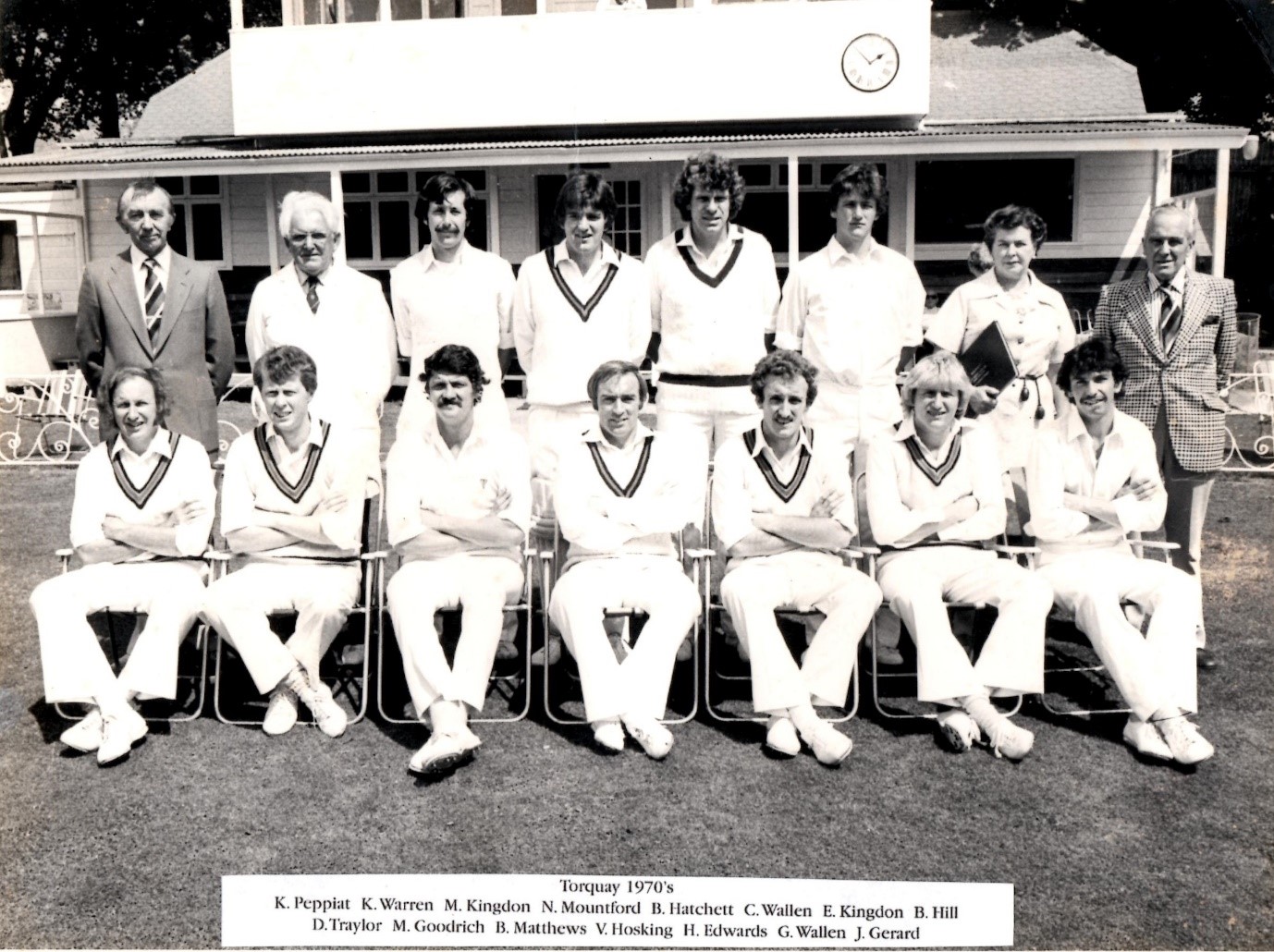