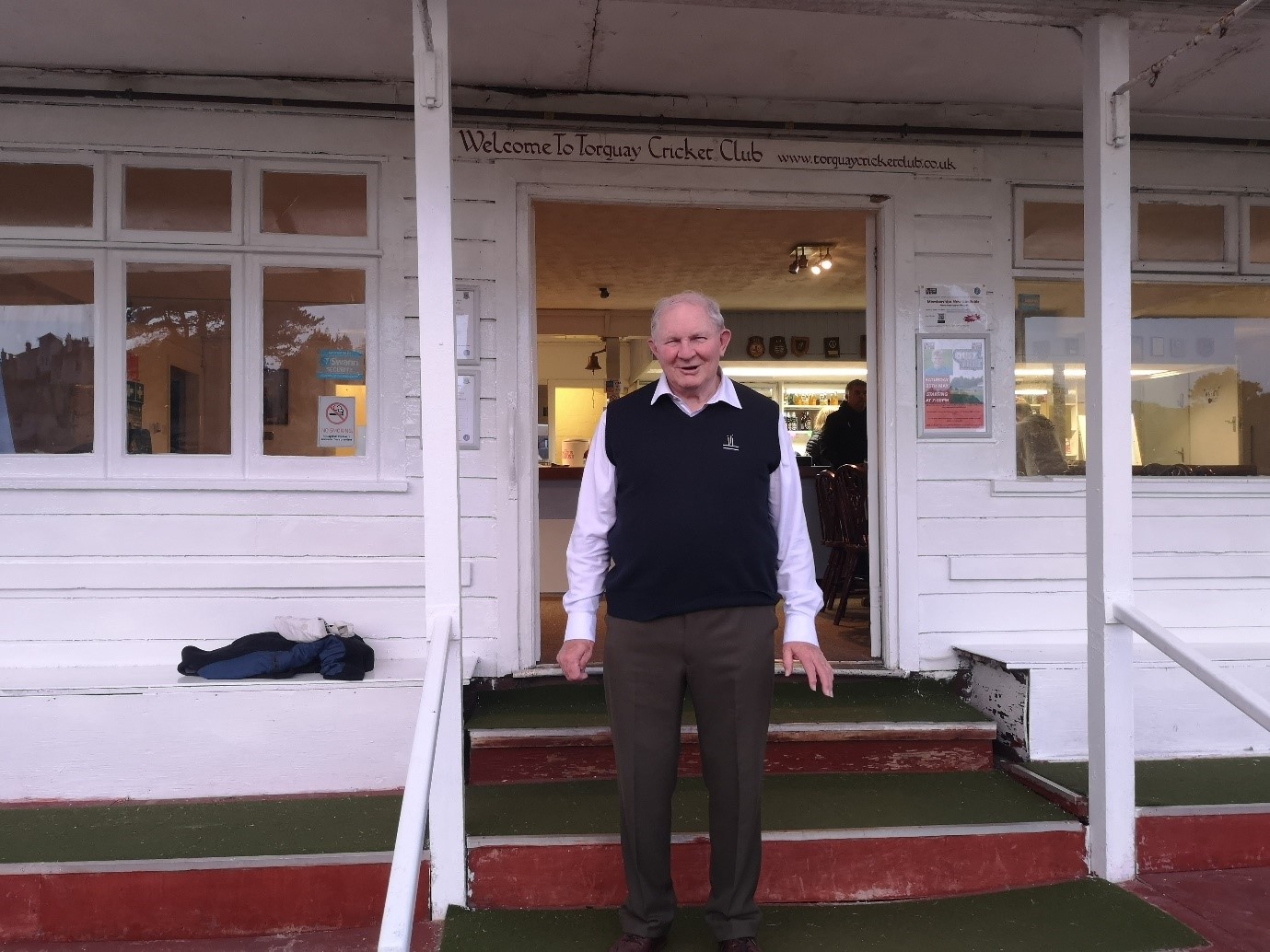 Ken initially became involved with the club helping with the colts as a result of three sons (Tim his eldest played for the 1st XI before joining the Army) but subsequently has gone onto hold virtually every administrative role within the club over the years – many co-currently.  It was therefore a unanimous decision of the committee to approach Ken when Frank Heal decided to step down to recognise this outstanding service and the committee were so pleased Ken accepted the position.

As Evo our long standing scorer simply summed it up, “There will be no finer ambassador for the club.”  Having accepted the ultimate position within the club though, Ken will certainly remain hands having taken on responsibility for the bar (again) and umpiring matches.  As Evo says, “this just typifies Ken.”

Ken on his appointment said, “I would like to thank the Committee for selecting me as President of the Club for current year. It is an honour to be given the opportunity to serve the membership and you have my promise to dedicate myself to the strategy and intentions of the Club as we look to the future. Since my days on committee a few years ago new people have joined and I look forward to meeting you all and of course renew friendships with many existing members of this very special cricket club. In conclusion I shall try to attend as many matches as possible and send my best wishes to the senior and junior teams for a successful and enjoyable season.“

On hearing the news, past president Rob Dickinson the nephew of Ted Dickinson who was known as “Mr Torquay CC” a title now few can argue has passed to Ken said, “I am delighted to hear Ken Jeffery is our new President. I cannot think of anyone more deserving. He has been the epitome of a true “Club Man” for so many years and is not only held in the highest esteem by our own members but also the wider Devon cricket circle.  Over many years Ken has been closely involved in all aspects of the administration of our great club. He initially took an interest in developing local Junior cricket. Then held down important committee roles for Fixtures, Treasurer and Secretary all of which he performed with absolute competence. Not forgetting, of course, all of the hours he has spent on bar duties and taking a pride in maximising income.  After so many years of dedication to the Club and Devon cricket Ken truly deserves this accolade and I am sure all of us wish Ken the very best for an enjoyable term as our President.”

Fellow past president, Alex Rowe said, “I am delighted to hear that Ken has accepted the office of President of Torquay Cricket Club. This is entirely appropriate recognition of his magnificent service to the Club. Knowing Ken, I am certain he will discharge his duties with great diligence and energy; and I can think of no one more deserving of this honour.”