Torquay CC regret to inform you the NHS Track and Trace has been pinging the 1st XI of Bradninch CC so consequently the 1st XI, once again unfortunately has a blank weekend. One fears this won’t be the last!

As what will happen to the cancelled matches which are mounting up for many clubs, it is an unknown. Can bodies get through back to back “double league weekends” and will wives / girl-friends allow it anyway? Time for, Law 43 of Cricket – Common Sense, which would mean going down the average points route using completed matches.

Now the good news as it stands the 2nd XI will still be hosting Ashburton CC 2nd XI at The Rec with “play” being called at 1pm. So, in the words of late great cricket loving Leslie Crowther “come on down” and support them. 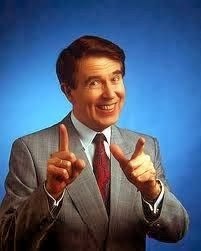 (Evo actually once met him outside Lords and it came up in conversation he had a son called “Nicholas”!)