The umpires are much maligned & have to put up with a lot of verbal derision, but you can't have a cricket match without them.

Captain - "My team are asking if there's a penalty for thinking"

Umpire - "Of course not"

Captain - "Well we all think that you're an asshole then!"

Later in the game the batsman, after being given out, passed the man in a white coat on the way back to the pavilion.

"That was never out - you need glasses!"

The man in white replied "so do you - I'm selling ice-creams!" 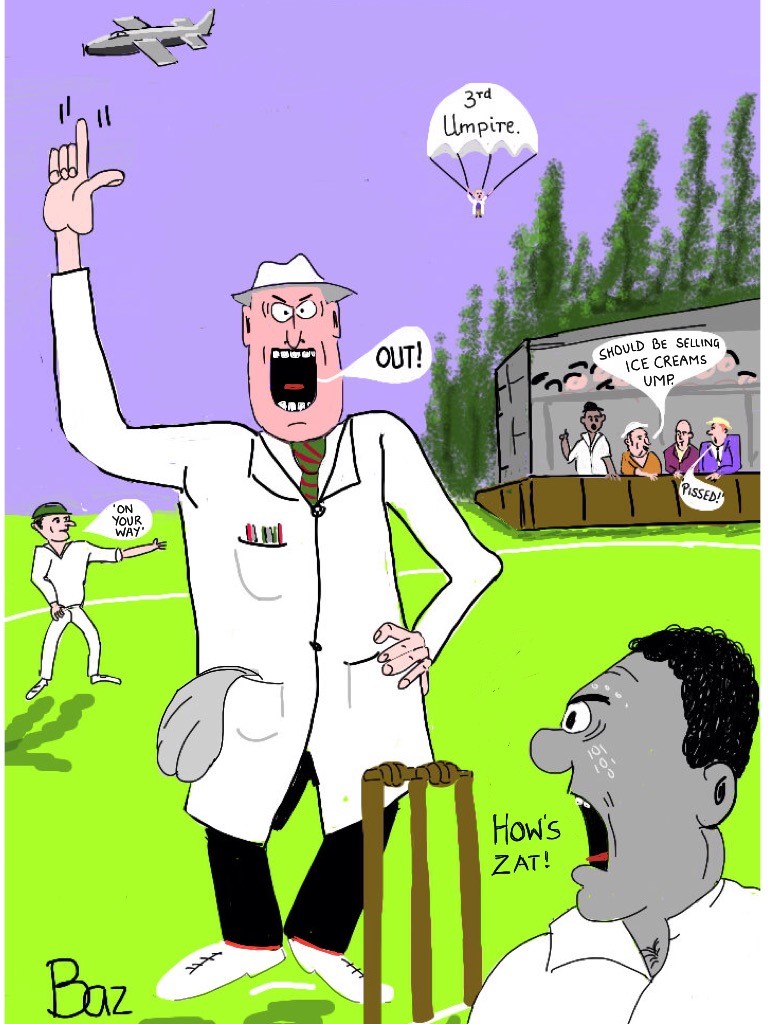